The 'No Poo' Method

Just because something is modern and popular, doesn't mean it's the best option. Up until the late 1800s, people were recommended to wash their hair once a month. Decades later, the first synthetic shampoo was developed and that frequency increased to every two weeks, with daily shampooing becoming the norm by the 1970s. Shampoos on the market today might be gentler than past formulas, but they can still wreak havoc on your quest for a sexy mane. An underground movement has begun: the “No Poo Method” for shampoo free healthy hair.

Hair contains natural oil, called sebum in its follicles which is essential for keeping itself conditioned and healthy. Frequent washing, combined with some of the harsh chemicals in shampoo, strips away those oils leaving your hair in bad shape. So, how do you rid your hair of excess oil buildup from exercising, styling and daily life? Enter the “No Poo Method”.

The theory of “No Poo” is this: by washing hair with a gentle alternative to shampoo, such as baking soda and apple cider vinegar or even just water only, you'll achieve clean hair without the damage or dependency on daily shampooing. So, in short, instead of allowing chemicals in shampoo to strip your hair, strip away the chemicals instead and stop using shampoo altogether. Most dermatologists and hair stylists have been long-time advocates of shampooing less often, and are crying hallelujah for this hair care revolution. 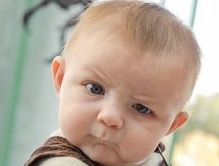 People are skeptical, of course, believing that their daily shampoo ritual is vital to keeping grease and oil at bay and that without it they'll feel gross. The hair's sebaceous oil glands are triggered to release extra sebum when they sense the hair drying out. By over-washing, you remove hair's natural conditioning and send the oil glands into a frenzy to replenish what was lost. This often causes an overproduction of sebum, giving hair that “grease ball” look, which in turn makes people want to shampoo all over again and creates a vicious cycle.

Many people have broken this cycle, though, and love the results. Followers of the “no poo method” have claimed softer, fuller, bouncier hair, along with a more supple and dandruff-free scalp. Most start weaning themselves off slowly, saying yes to no shampoo more and more often during the week, and eventually embrace the water only or baking soda and apple cider vinegar shampoo alternative. While it may not be a method for everyone, don't knock “no poo” before you try it.

When trying it, however, don't get too discouraged if your hair feels a bit oily in the beginning. You have to retrain your hair's oil glands that excess sebum is no longer needed, and this can take anywhere from 2 to 6 weeks depending on how often you shampooed previously and what products you used. Daily brushing helps to evenly distribute hair's natural oils to prevent buildup around the follicle, and can greatly help ease the transition between washing.

Dandruff can be annoying and embarrassing. The itching, flaking, and dusting can drive you to distraction and get you strange looks from the people around you. Fortunately, most people have all the prerequisites to eliminate dandruff right in their kitchens and bathrooms. Research has shown that water, baking soda, and apple cider vinegar can be used to control dandruff. Natural products such as Fenugreek Seeds, Indian Lilac, Coconut Oil, White Vinegar, Olive Oil, Tea Tree Oil, Lemon Juice, and crushed Aspirin have helped many people get their dandruff under control.